On a lighter note, here is uplifting music about human flight to inspire practice of the
Transcendental Meditation and TM-Sidhis program  including Yogic Flying™
to achieve Stage II hovering by the Year 2022 and Stage III flying by 2525
by mentally altering the gravitational curvature of space time geometry.

"A collection of music like this cannot be found in stores!"
This site is nonprofit and for educational purposes.  No music or media are offered for sale on this site.
This is not an official TM organization site - in fact they probably think this is rather ridiculous.

YouTube.com/PlayList
Click here - to add songs to the PlayList with the theme of human levitation

Disclaimer: This is a music fan site, much too silly to be an official site of the science based TM organization™

GoldenDome.org - creating brain wave coherence for national defense
from near the population center of the United States of America

Flying Songs of the Month

Music of Today Sings of the Science of Tomorrow

What do Scientists say about flying? - Do we fully understand the force of gravity? 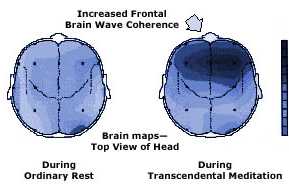 I believe there is no source of deception in the investigation of
nature which can compare with a fixed belief that certain kinds of
phenomena are "impossible."  -William James

"All truth passes through three stages: First, it is ridiculed; Second,
it is violently opposed; and Third, it is accepted as self-evident."
- Arthur Schopenhauer

Windows Media Player may be necessary to play the above songs

Do you know any more to list?  Agree?  Disagree?
Want to float some ideas past us?
Want a song posted on the air?
Please email your suggestions to Rick@GoldenDome.org

Where to Learn Transcendental Meditation

"The best way to overcome gravity is with levity."